Astounding critics and consumers alike, Quiescent’s award-winning Speaker Modules eliminate microphonic noise generated by the transference of speaker vibration into your system’s sensitive electronic components, all while reducing distortion from unwanted EMI and RFI energy. In addition, our patented technology provides for a startlingly accurate and realistic visual feel to the sound.

We have long known that the mechanical transfer of energy is more efficient through solid conductors than through air. This principle has driven us to find ways of preventing the vibration from being directly transferred into the amplifier and subsequently into other sensitive electronics. This vibration is one of the driving forces behind microphonic generated signals that lead to the perception of distortion or harshness in the music. 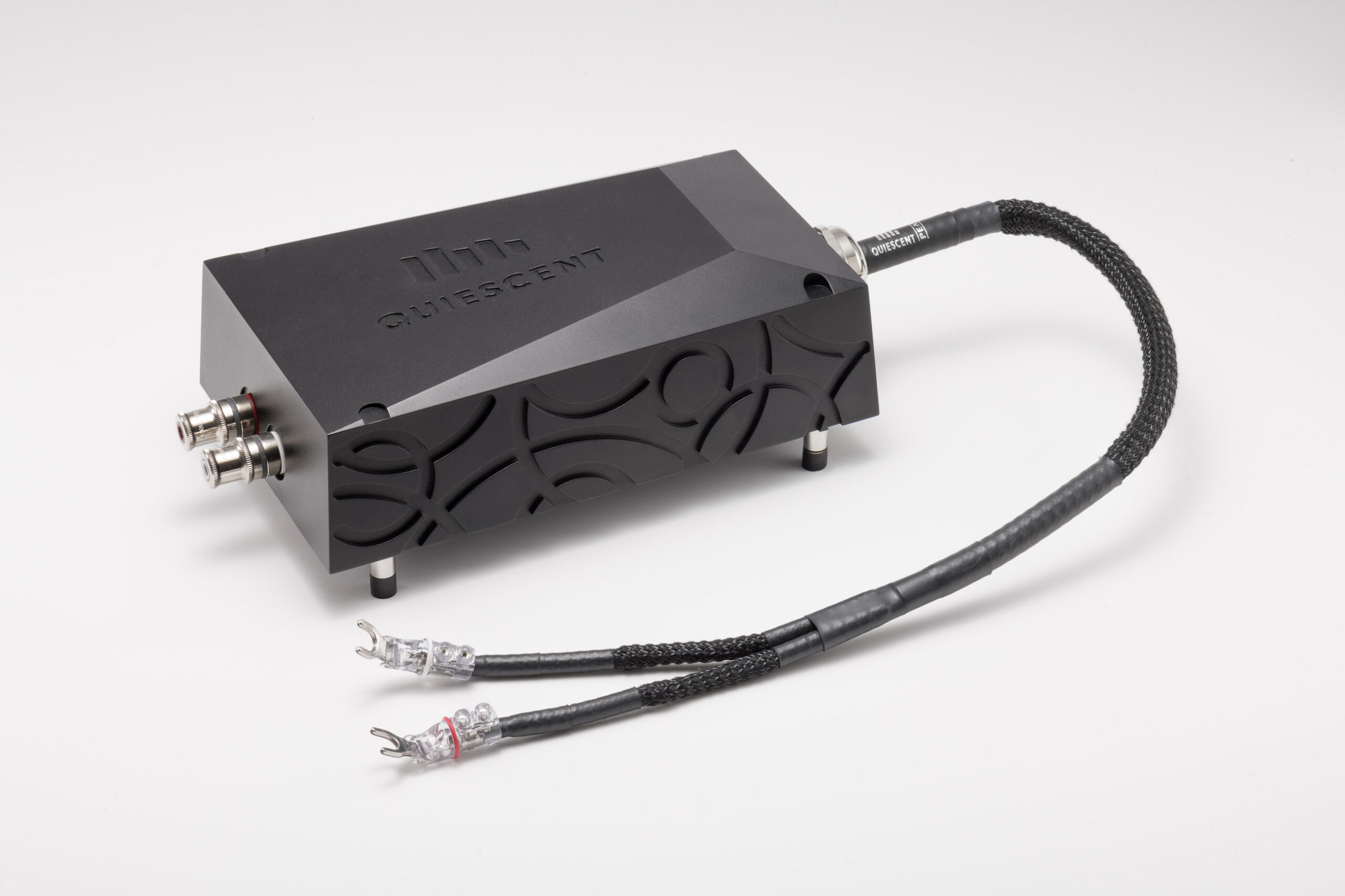 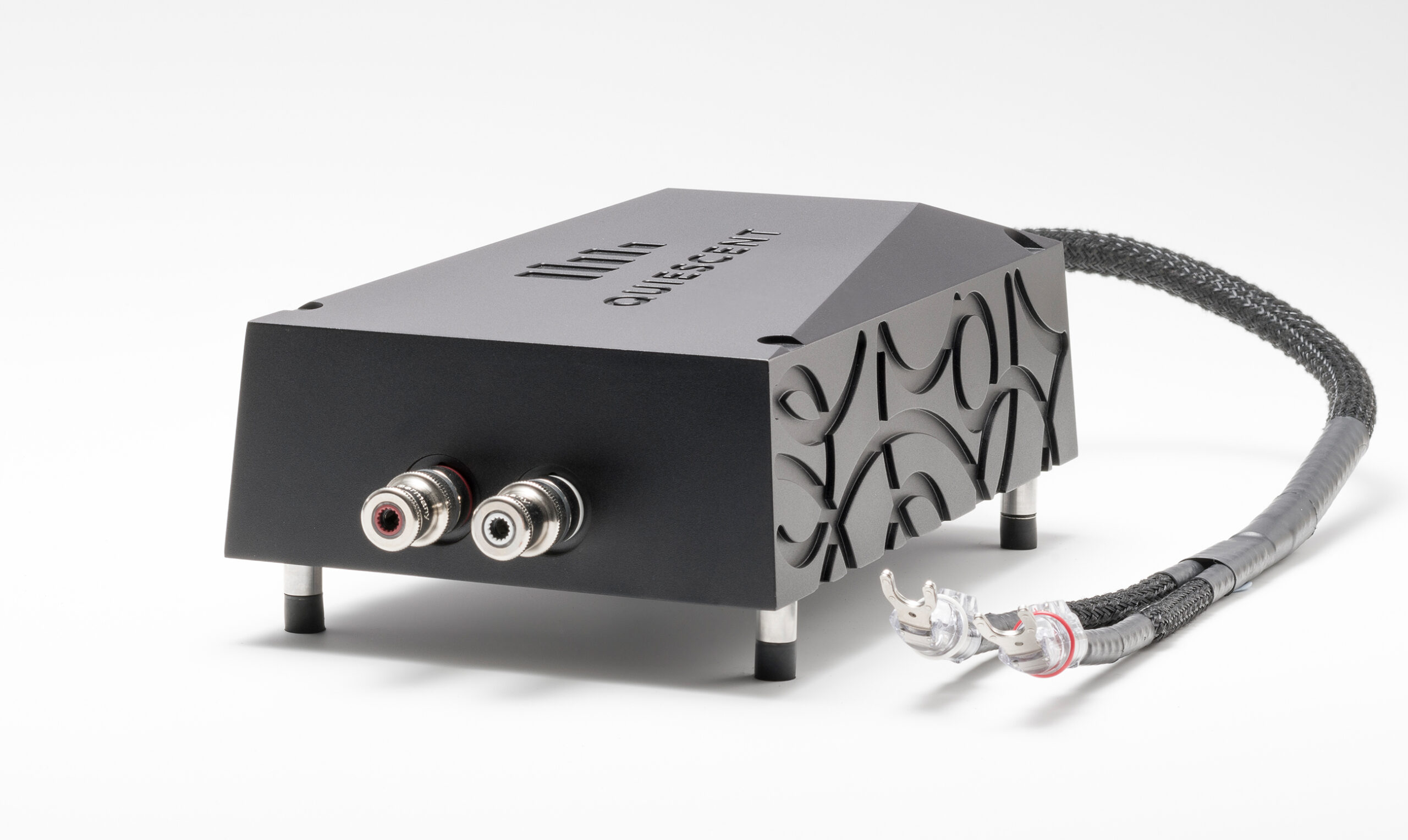 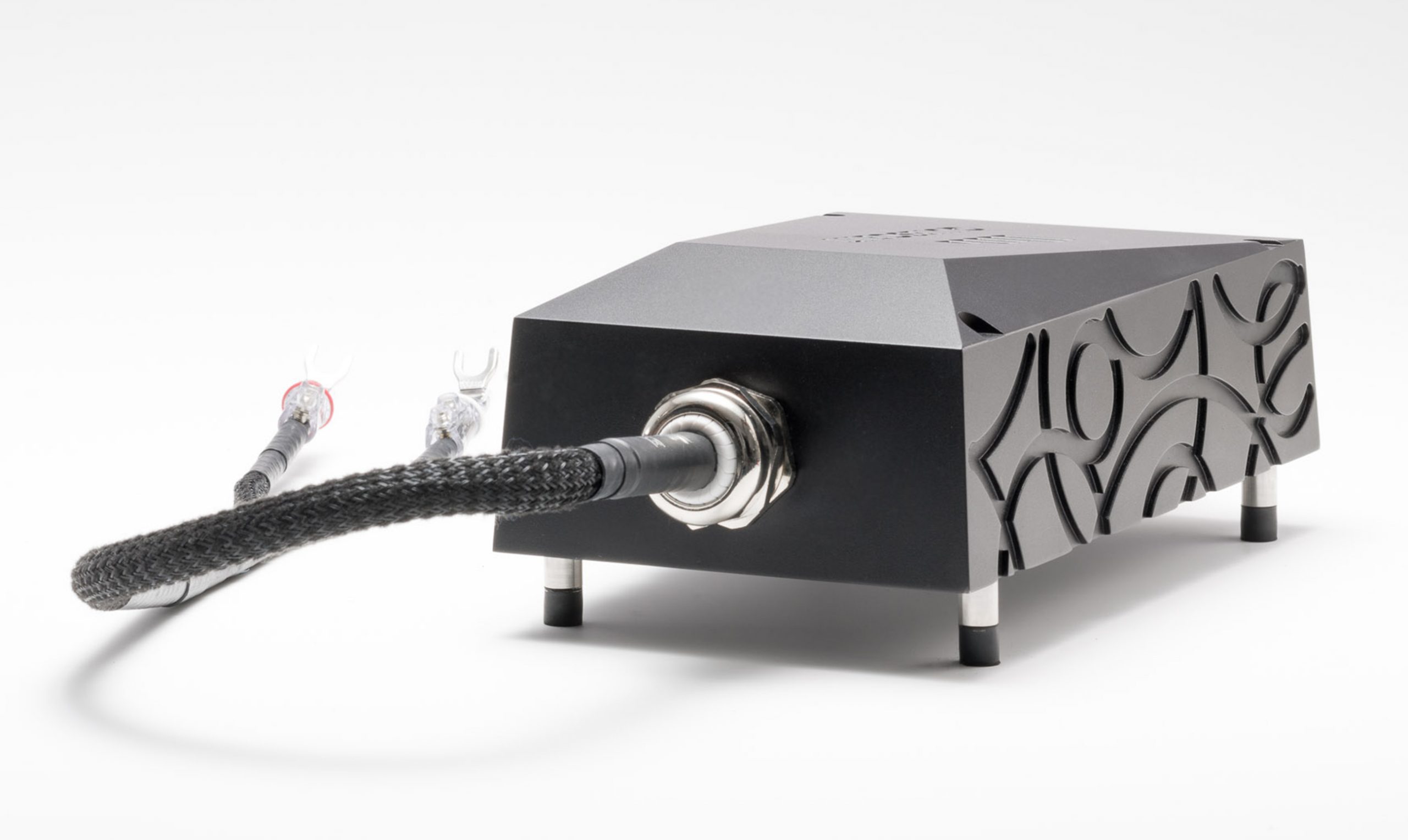 We have long known that the mechanical transfer of energy is more efficient through solid conductors than through air. It is this principle that has driven us to find ways of preventing the vibration from being transferred directly into the amplifier and subsequently into other sensitive electronics. This vibration is one of the driving forces behind microphonic generated signals that lead to distortion or harshness of the music.

As well as vibration, the speaker cable is a perfect transmission path for unwanted EMI and RFI energy and our breakthrough has been absorbing more of this inside the module using a patented technology developed for all our new products. Using a complex high carbon polymer labyrinth, the module is a highly efficient grounding device that just absorbs the high frequency mechanical and RFI energy that causes inter-modulation.

Using a pair of modules directly connected to your loudspeakers will transform your audio experience to something that feels much more like the artist intended. The modular approach is also key to finding upgrade paths. By separating the high-frequency from mid and low-frequency signal paths, the modules act as intervention devices preventing cross-pollution between the drive units.

So, for a loudspeaker that has three sets of input terminals, these modules are stacked by the loudspeaker using the unique stacking system and connected directly to each terminal isolating the low, medium and high-frequency drivers on the signal line.

Placing a fourth set directly behind the amplifier is the ultimate in the Peak Speaker Connection System configuration allowing the speakers and electronics to do what their designers had intended; uninterrupted, flowing and truly realistic reproduction of the music where you can actually see the performance and believe you are right there with them.

The MK-I version of the module has been given high praise achieving the Audio Excellence status from HiFi Critic. The MK-II is simply in another league and will leave you reaching for recordings in your collection that had been previously discarded because they sounded poorly produced.